When I went to the dollar stores to find things for the treat bags, I had thought that I would get some cute party hats while I was at it. But there were no Sesame themed hats to be had. Luckily, since I was starting early, I had time to make my own. And in the end I was happy the stores couldn't help me because I was so tickled with my homemade product!

Every time I try to make a party hat, I get stuck and have to figure it out all over again. Documenting this for the blog will, I'm sure, save me a lot of hassle in the future because I can refer to it myself next time. So here is what I did: 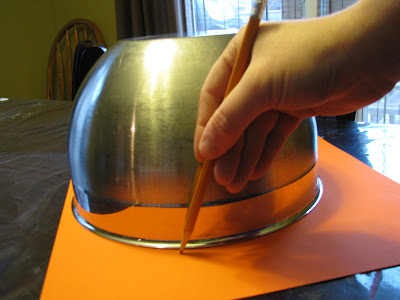 I started by tracing my large mixing bowl on a 12x12" scrapbooking paper. 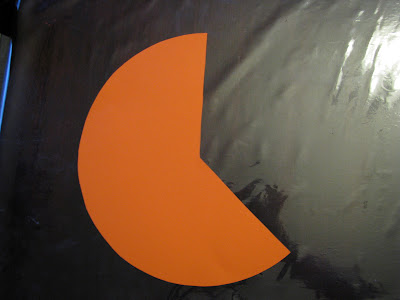 I cut it out, then I cut out a wedge to make it like a yawning PacMan. (This serves as a template, and I trace it on all my other paper for whatever number of hats I need to make) 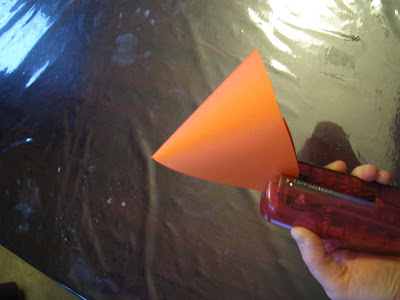 Then I roll it up into a cone, and staple it closed. 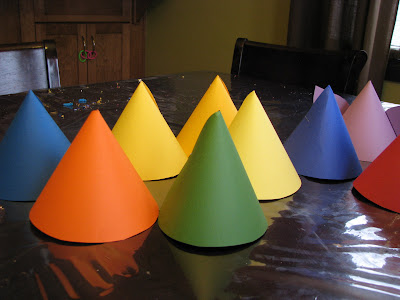 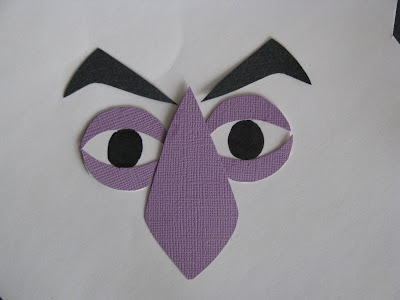 I wanted to make each hat into a character, so I made the parts for their faces from the scraps of the paper I used for the cones. I had planned on doing the entire face, but when I got going, I thought just their eyes and noses were so cute, so I didn't bother with their mouths. 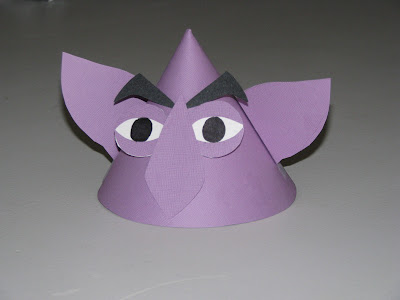 Then I glued the faces in place. I also decided to not have the eyes be flush against the hat. With the curve of the cone, having the eyes glued down flat made it so you couldn't see the whole shape from the front, and they just didn't look right. 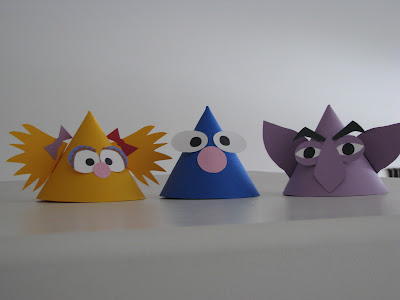 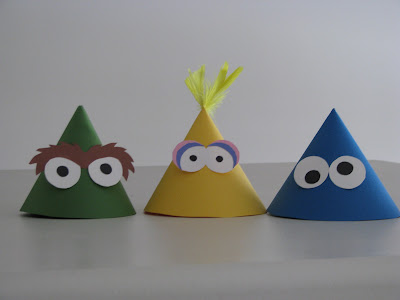 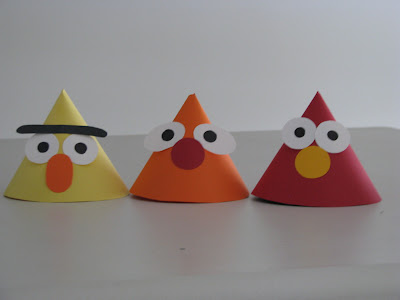 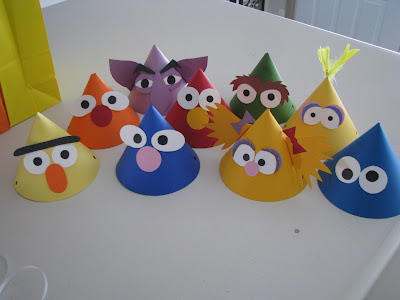 The whole Sesame Street gang! Like I said, I was so glad I spent the time to make them. They are so much cuter than something I would have been able to buy at Walmart or the Dollar Store.
All that was left to finish them off was to use a hole punch on the sides and attach ribbon (or string if you'd rather) to tie them onto the kids' heads at the party. I found that about 16" on each side gives plenty of room, and nice long tails on the bows once they are tied.
Posted by Marie at 10:30 PM 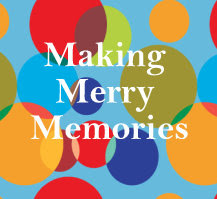